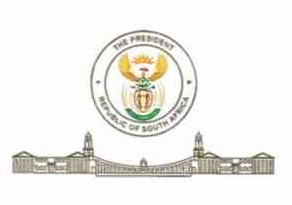 So Friday afternoon I bade farewell to my former staff at the Union Buildings and needless to say there was a huge amount of weeping and so forth. We South Africans, Bibi, besides being happy and smiling, are a sentimental bunch. Only things we love more than money and bemoaning the evils of our holocaust (the apartheid years) are public farewells, funerals and apologies.

The farewell was of course captured in glorious technicolour by one of my (former) trusty photographers from the oddly-named GCIS, Government Communication and Information System, also known by many as the JGSU, Jacob Gedleyihlekisa – or sometimes Joseph Goebbels – Strike Unit. But I never named the GCIS; that’s one they can’t blame on me; if memory serves, it was christened during Thabo Mbeki’s reign or maybe even the Old Man’s.

But none of the pictures, though they were dispatched to all the fake news practitioners, will appear in this morning’s newspapers. If they did, the white monopoly capitalists and all their thousands, nay millions, of followers would erupt in a mammoth wail and general gnashing of teeth. On the other hand, Squirrel teeing off at some charity golf jamboree, even more incompetently than I ever did, two days ago, will be the lead story on the front pages for weeks to come.

But I have to say that Squirrel is learning fast. Very fast. Everyone’s chosen not to notice that a few days ago, Gigabyte the finance minister gave Squirrel R700 000 a year more than I got. Not, I concede, a lot in dirhams, rupees or dollars, but still.  And four days ago, Squirrel hosted a farewell function for me at the Tuynhuys (we have more official dachas than you fellows) in Cape Town – and, without even blanching, he paid tribute to me for my “contribution to South Africa’s development” during my nine years in office. Not bad, given that even an easily-bamboozled person such as he is knows my main contribution was always to my own development and my family’s.

Because you see, Bibi, I have always been, above all, a family man, as you obviously have also been – though, if you don’t mind me saying, my 23 (or 24 – sometimes I lose count) kids have been kinder to me than your few to you. Did you know, by the way, that I have a Jewish grandson? I have insisted he call me zeyde – and he does! I call him Bafana, which means boychik.

Yes, my boy Duduzane, cognizant that happy congress with a beautiful Jewish woman is accompanied by seven years’ good luck (but also, as you say, some tsuris), has shown himself to be as fruitful as I have been, and will,Insha’Allah, continue to be. My point is that, even amidst my troubles, I have put some money aside in Dubai for the young lad. Surely, after you complete your imperial ambitions in the Middle East, as you surely will, the bank there will be easily available to Jewish people? 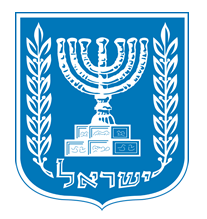 I’m delighted to hear that you have a Jewish grandson. You beat me to it! Normally, I would urge you to send him to Israel to absorb a little yiddishkeit, but the timing is probably not appropriate. You see, we’re trying to get rid of our black Africans right now and I wouldn’t want him to be mistaken for an infiltrator and sent to Rwanda. (Though that’s in Africa, so he could probably take an Uber home, couldn’t he?)

Your best bet would be to ensure that he gets a good Jewish education in South Africa – Zionist, but I’d steer clear of the Lubavitch – and then send him here to spend some time among his own kind. Yair has kindly to offered to show him around the strip clubs and whorehouses of Tel Aviv, complete with state-financed bodyguard and car. Though, come to think of it, that may not be a good idea. Most of the women are Russians, who are not particularly partial to people of color. Maybe Sara knows some appropriate non-Russians.

But I must insist that you teach him to avoid the mistake that you yourself made in your last email. There was, is and always will be only one Holocaust (spelled with a capital H) and that is the Jewish one. Other people have tragedies, disasters – catastrophes, even – but only Jews have a Holocaust. Talk of other holocausts is in most cases no more than disguised anti-Semitism. God gave the Jews the Book and the Holocaust (and a gift for finance, some say.)

Seeing that your grandson – I think you said his name is Banana – has a Jewish mother, it would be best to leave his Holocaust education up to her. That way, he’ll be up to speed when he gets here.

As for me, the local gestapo has ordered me in for questioning this week on what are colloquially known as Cases 3000 and 4000. Not, God forbid, 3 & 4. The Nazis want the public to believe that my supposed indiscretions run into the thousands! After all I’ve done for the Jewish people, they want to grill me like a common criminal – and about what? About favors I purportedly doled out to an old friend (almost family!) in return for positive coverage about me and my family in the press.

Could even Goebbels have made up a better lie? (By the way, I noticed your reference to him but didn’t really understand the context. Were you referring to the lies about you in your local rags?) Is it the fate of all great men to be besmirched by pygmies?

Last week that righteous Christian Donald Trump announced that the US embassy would move to Jerusalem in May. One of the greatest achievements of the Jewish people – a miracle no less than that of Hanukkah or the salvation of the Jews on Purim – that happened on my watch. But do you think I get any recognition for it? Any thanks? Forget it. Case 4000 is what I get!

Your brother in anguish